One of the important events of 2020 in the crypto industry – the launch of Ethereum 2.0 – is postponed again. Back in early May, the developers were confident that the project would be launched in the summer. However, at first, information about the upcoming launch was questioned by Ethereum co-founder Vitalik Buterin, after which the transfer was officially announced.

The reason for the failure of the deadline was the problems with the launch of the multi-client part of Ethereum 2.0, which makes it possible for several network users to interact at once. This happened due to the inability to launch the primary YOLO testnet, which allows you to synchronize different versions of clients before starting the main network.

The developers failed to activate the testnet with the fork of Berlin, which should become a kind of springboard for launching the Ethereum 2.0 network. The fork’s launch dates are delayed in the fall, although it was supposed to happen in June before. Now, after the next transfers, we can only guess about the new launch dates for the main network.

The zero phase of Ethereum 2.0 should start with the launch of the Beacon Chain network – a blockchain designed to coordinate the work of all elements of the system. After starting the zero phase, the network will switch from the proof-of-work (PoW) mining algorithm to the proof-of-stake (PoS) algorithm – the transition to it was named by Vitalik Buterin among the main advantages of Ethereum 2.0.

For the correct operation of the PoW protocol, which runs the current version of Ethereum, it was necessary to use the processing power of miners and high energy costs. With this consensus algorithm, the participant who is the first to solve the cryptographic task necessary to form the block and confirm transactions in it is rewarded.

Implementation of consensus proof-of-stake will allow users to participate in stacking. This is an alternative method of mining, in which network participants are rewarded for blocking part of the tokens in their account in favor of the validation mechanism.

How PoS Will Work in Ethereum 2.0

Validators deposit at least 32 ETH in the deposit agreement, enter the pool and get the opportunity to participate in the creation of a new block. The remuneration for the work is ETH, but now the total amount of remuneration (total emission) will become lower since there is no need to compensate for the high energy costs of miners.

The amount of remuneration is calculated as a percentage and depends on the total number of ETH in the pledges of validators: with an increase in the number of coins, the percentage of remuneration decreases. If you try fraud, the deposit may be lost in whole or in part, which will ensure network security. You can connect to Ethereum 2.0 from a regular laptop.

Another important benefit of ETH 2.0 is Shard Chains, a scalability mechanism that will improve blockchain throughput. Now the Ethereum network has a single chain of blocks – this makes the network safe but requires each masternode to process and verify each transaction. This affects the speed of transaction processing, especially when users on the network are most active.

Sharding solves this problem. As part of the process, the blockchain is “divided” into shards – blockchains. Each of them is supported by an independent set of nodes that verify transactions. Thus, transactions are processed in parallel, rather than sequentially. With an increase in the number of shards, network bandwidth also increases. 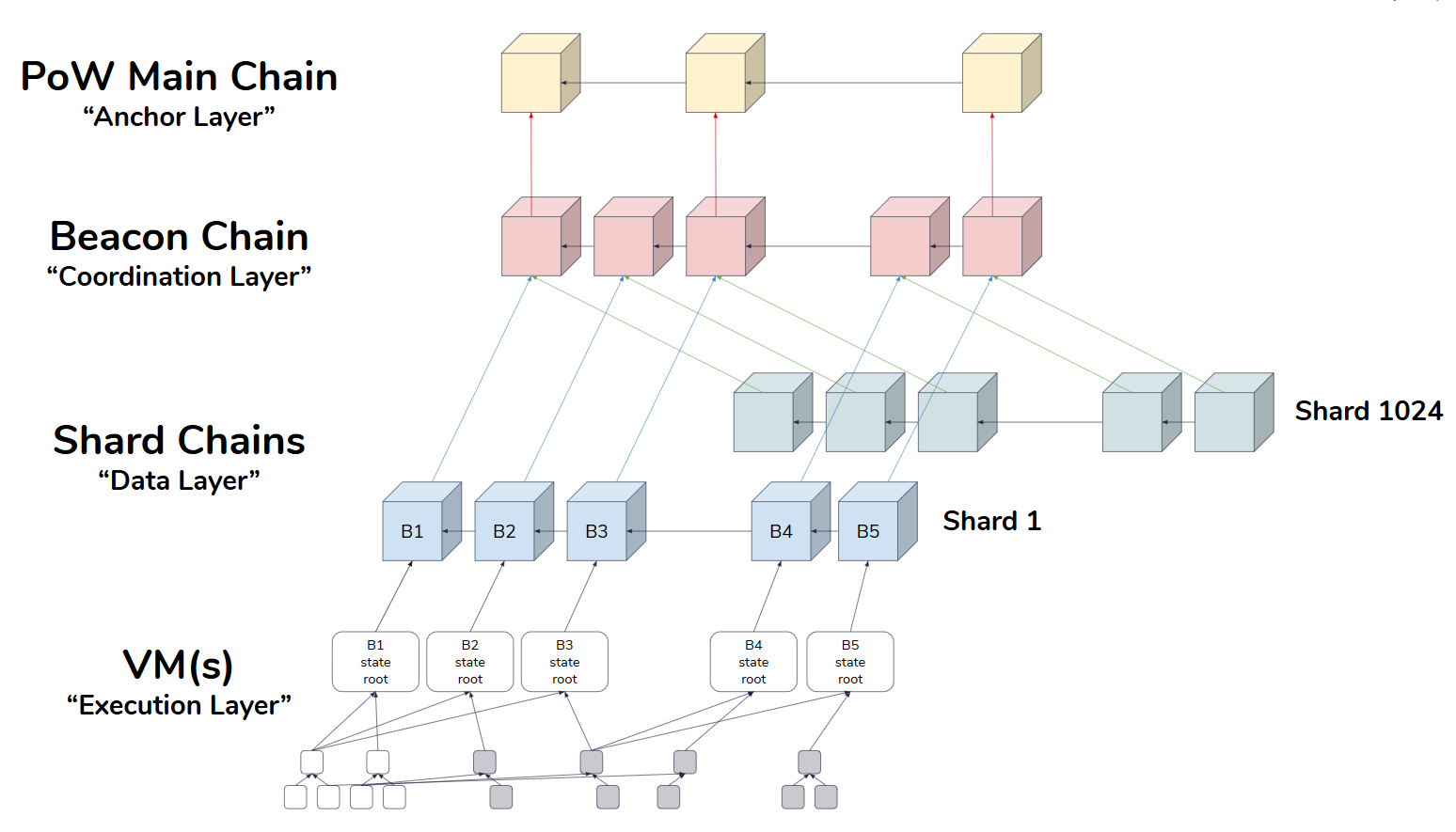 The Hardest Thing To Come

Judging by the calm tone of the developers’ statements, they have no doubts about the implementation of the project, and the shift of the deadline is more technical in nature and allows you to better prepare the product for launch. However, American regulators may intervene in the process, who believe that after the start of the Ethereum 2.0 era, project tokens can be equated with securities.

At the same time, the position of the authorities is changing as the release of Ethereum 2.0 approaches. Back in June 2018, William Hinman, head of the Corporate Finance Division of the U.S. Securities and Exchange Commission (SEC), opposed the recognition of ETH as security. Later, his position was supported by the chairman of the organization, Jay Clayton.

However, it became clear later that these statements concern the current version of the Ethereum protocol, and after the transition to ETH 2.0, the things may change.

Regulators have two reasons to recognize Ethereum tokens. First, they may consider the need for users to deposit 32ETH into the validator’s account with a transaction to invest. The second reason is that after the transition to the new algorithm, the Ethereum blockchain will become less decentralized and more dependent on the influence of the Ethereum Foundation team in general and Buterin in particular.

The likelihood of claims from regulators can increase significantly after they stopped work on the launch of the TON blockchain platform Pavel Durov. The cryptocurrency project Libra, which is about to launch Facebook, is also under serious pressure.

Buterin understands the risks well and intends to avoid the mistakes of his predecessors. In the case of TON, they are connected precisely with the investment attractiveness of the asset, in the case of Libra, with weak decentralization. However, Buterin is not going to limit himself to the Ethereum community either: he has repeatedly stated that cryptocurrencies are a real financial instrument, the existence of which is inevitable in the future, and traditional financial institutions will have to put up with it.

Bitcoin Forecast For July: Is This Explosive Growth Or The Best Time For Purchasing?

“Whales” On The Crypto Market: How Do They Affect On Coin’s Price