We discuss the prospects for explosive growth of XRP and Bittorent, and how the last one dragged TRON along with it. We also present the forecast for TOP-5 cryptocurrencies based on technical analysis. Bitcoin and four other altcoins: Ethereum, Binance Coin, Polkadot and EOS may set a new ATH this week.

First, the court partially sided with Ripple and allowed them to hide part of the correspondence of the head of the company, Brad Garlinhouse. The judge agreed that personal information would be edited in two of the four SEC-requested Garlinhouse documents, but all financial data should be retained. Second, the SEC will provide documents regarding Bitcoin and Ethereum.

Further acceleration of the cryptocurrency was given by rumors that the leading American cryptocurrency exchange Coinbase is preparing for XRP relisting. These rumors appeared after alleged fragments of code from the exchange, where XRP was mentioned, were leaked to the network.

Now about the second hero – BitTorrent, which even got into the TOP-10 cryptocurrencies in terms of market cap for a while. Over the past 7 days, the coin has done almost 240%. And it got an acceleration from Sunday to Monday when the protocol update was announced. 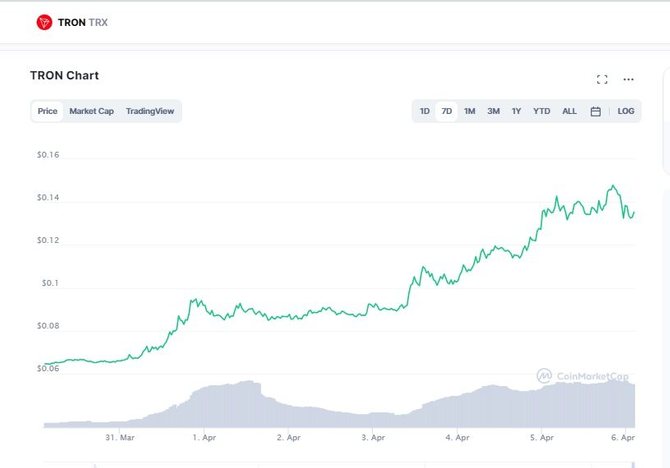 In conclusion, we will provide a little technical analysis for five cryptocurrencies that should rise in price in the near future. 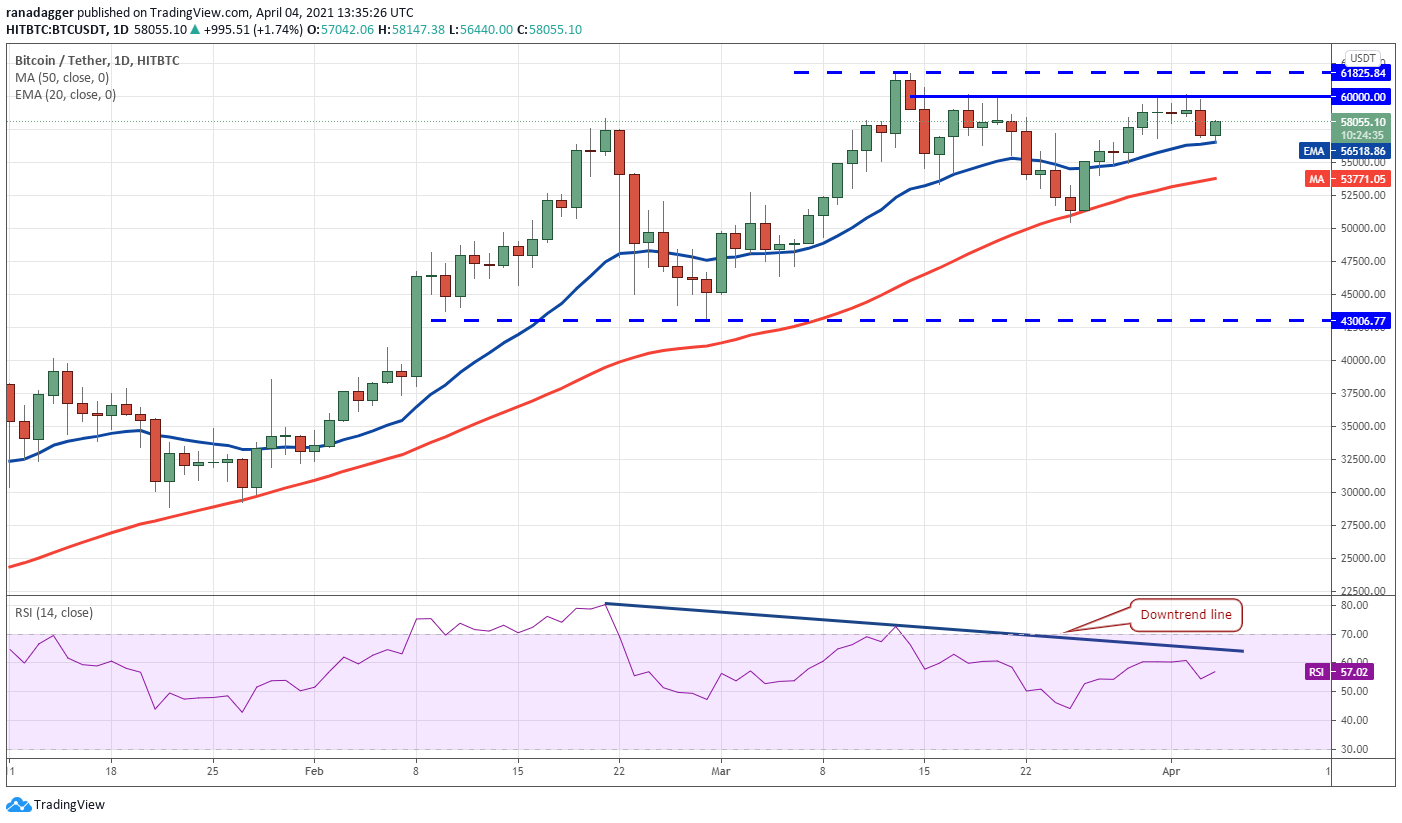 The negative scenario provides for support at $ 57,000 and $ 53,700, if the latter is broken, a short-term trend change to bearish may occur.

The bulls managed to renew the high above $ 2,100 and now they should build on the success: 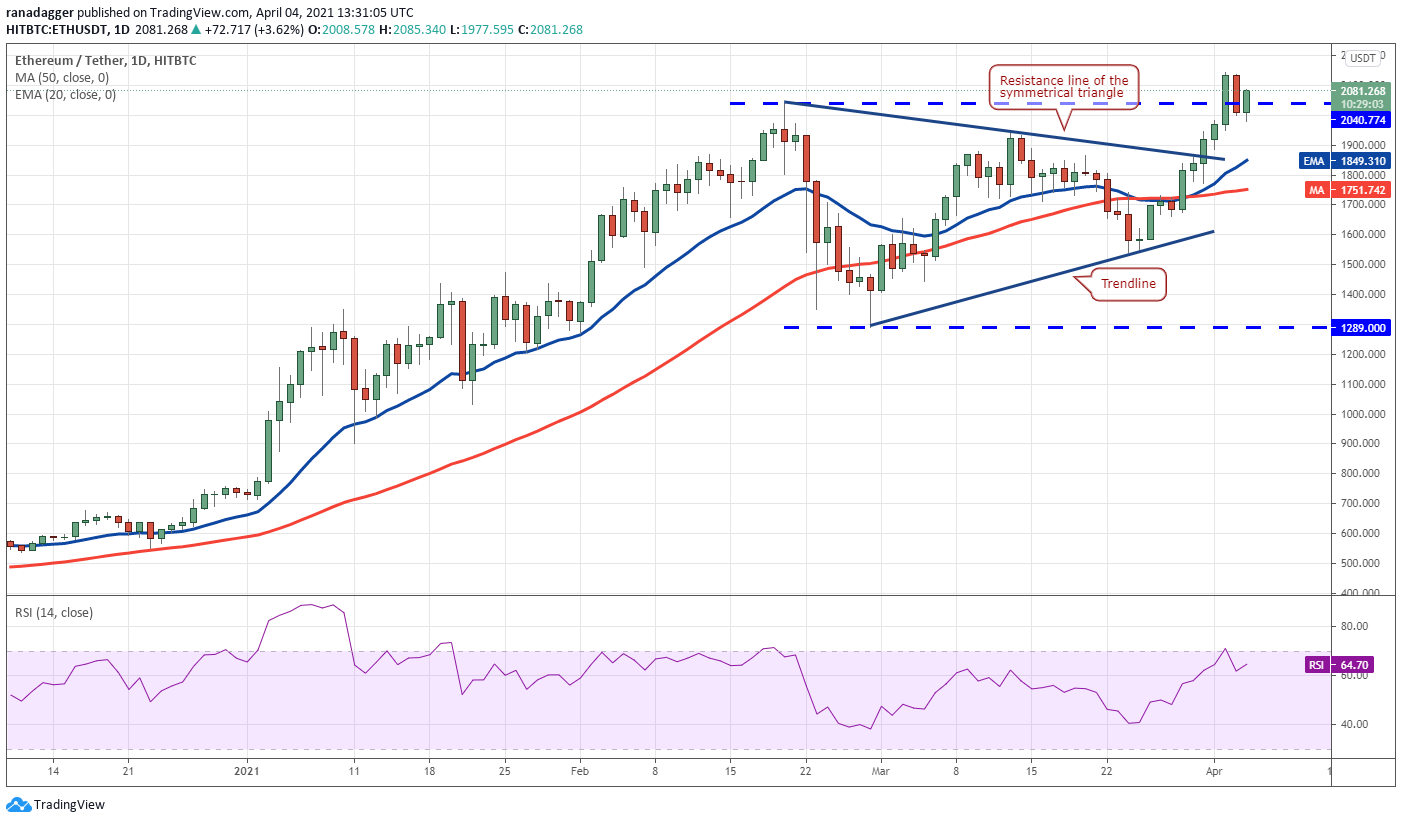 A return to the current price high will mean a new bullish momentum with a target of $ 2,618. At the same time, Ethereum is highly undesirable to fall below $ 2,000 now, since the next support is only at $ 1,881:

The bulls managed to move the price above $ 400 and then keep it from a significant correction. 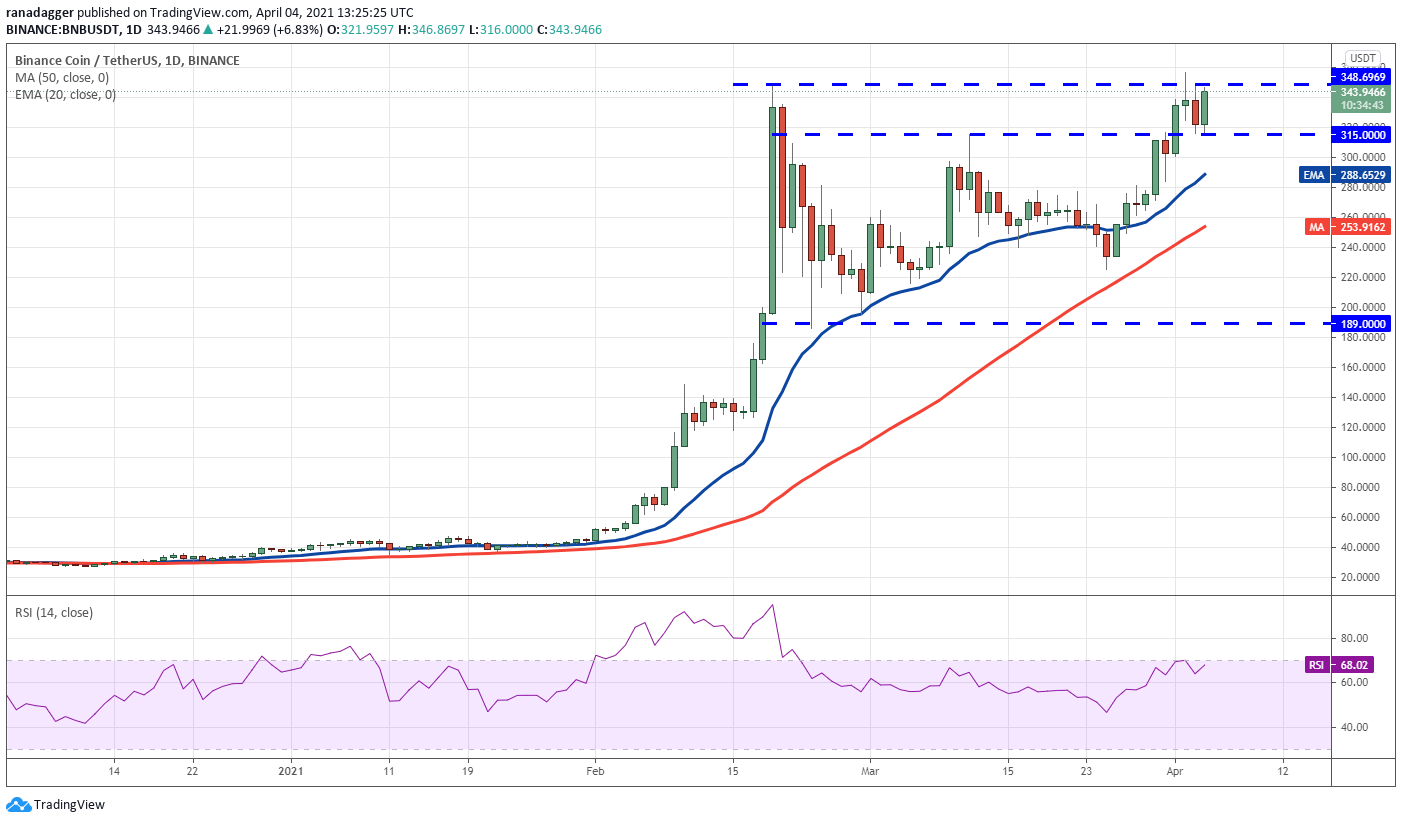 This indicates the strength of the BNB bullish momentum, that buyers are not expecting a drawdown and are buying right now. Thus, the price can go up to $ 430. On the contrary, bears need to lower the rate below $ 315, which will signal a weakening of the bullish trend.

Polkadot also looks great from the point of view of technical analysis.

After updating the price high by $ 46.8, profit taking was observed in the market: 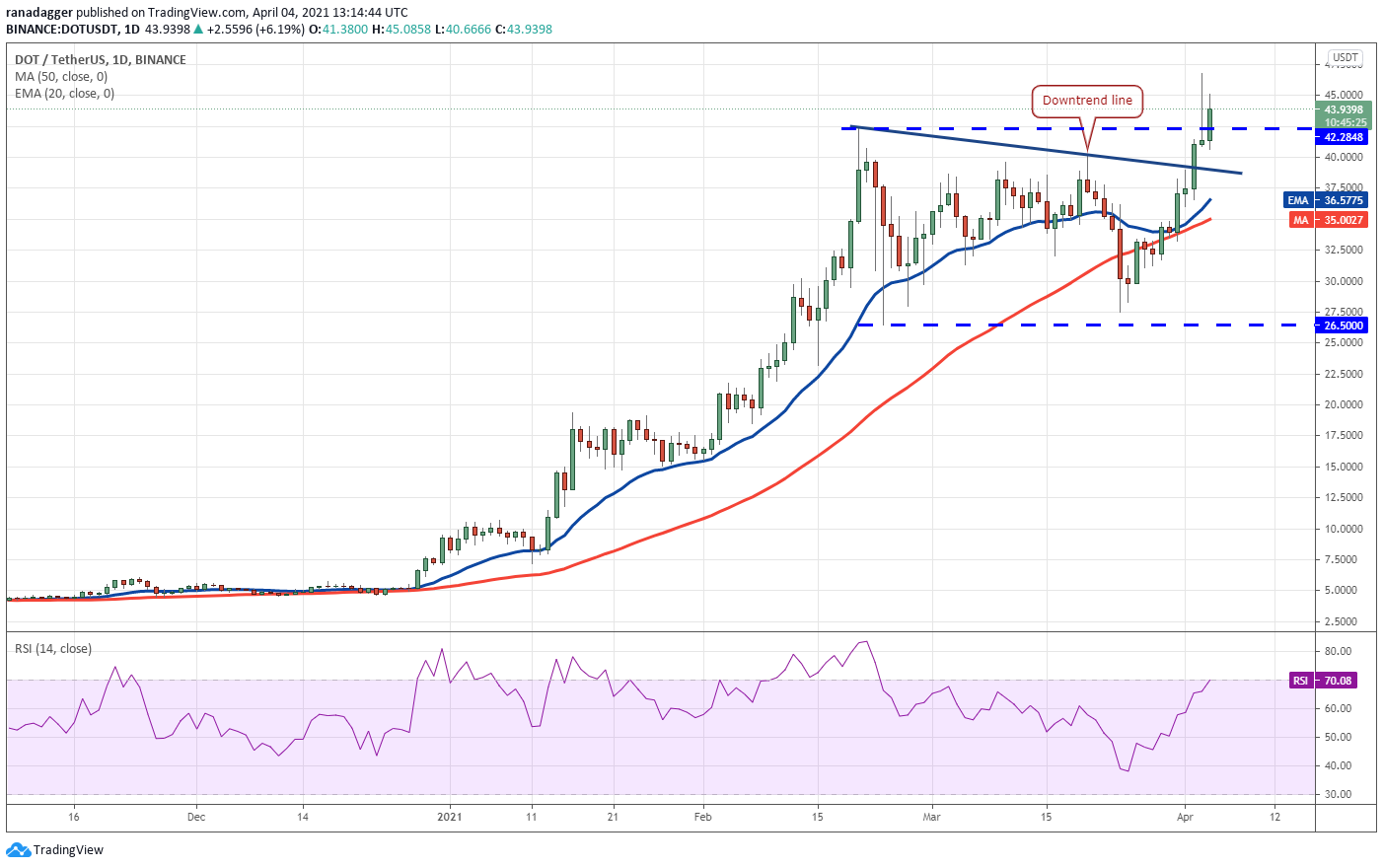 But the rate did not fall below $ 42, and now the bulls are aiming to return to the maximum, after which the rate may rise to $ 53.5. The bears will have a chance for revenge if the rate falls below $ 41.5.

EOS growth above $ 6.4 indicates a return of investor interest in this altcoin: 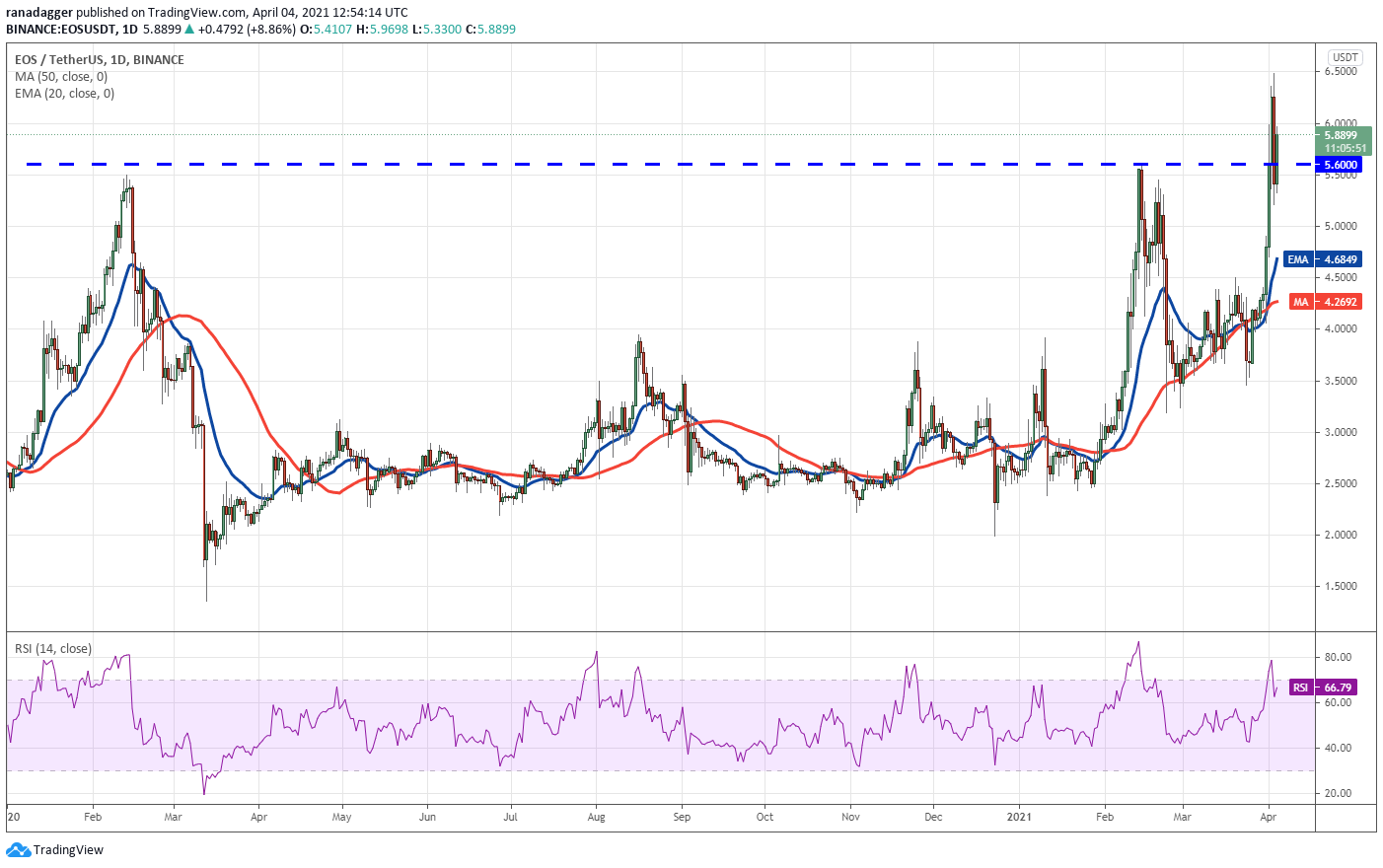 The bears’ response lowered the rate to $ 5.3, but then the bulls again raised the rate above $ 6, where it is now. If the current price holds for two more days, then further growth is possible with the targets of $ 7.64 and $ 8.69.

What Does Dispute With SEC Mean For Ripple And XRP?

SHIBA INU And Dogecoin Are Leaders Or Losers in 2021