According to experts, crypto community will face an increase in theft in the future.

Scammers stole $ 7.69 billion worth of cryptocurrency in the period from 2011 to 2020. Analysts of the Crystal Blockchain company came to this conclusion, during the analysis of incidents. 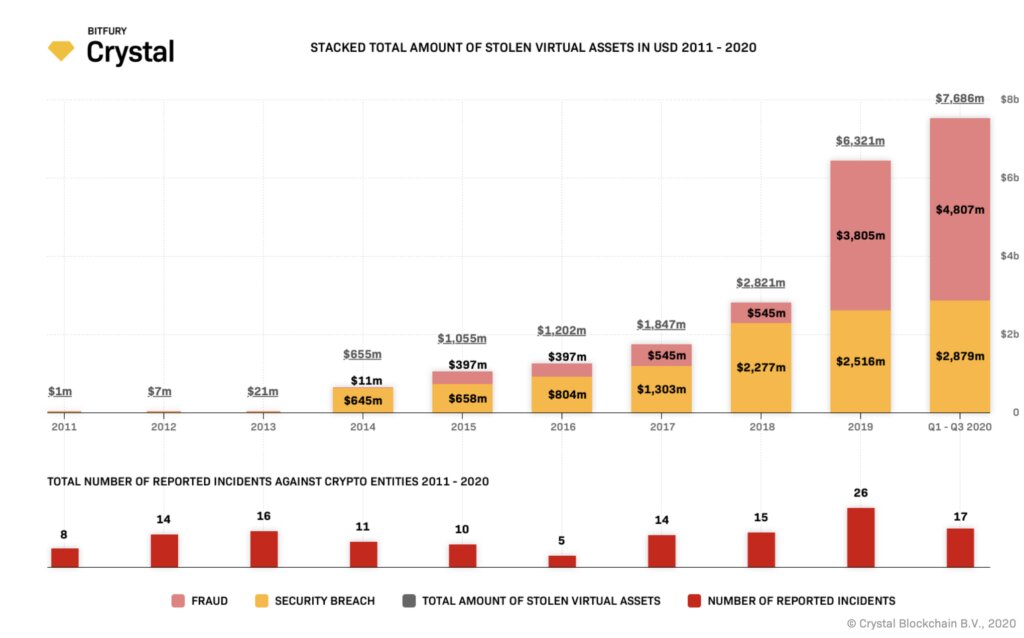 The researchers analyzed 136 episodes of fraud and breakthroughs of security systems focused on the theft of cryptocurrency. Experts found that the total volume of stolen cryptocurrencies exceeded Monaco’s GDP ($ 7.1 billion).

It turned out that the volume of stolen digital assets grew most actively in the period from 2018 to 2019. The least of all incidents were recorded in 2016.

Most of the money – $ 2.9 billion in Bitcoin and Ethereum – was lost by the investors of the PlusToken pyramid. In second place was the fraudulent project Wotoken. Its investors lost $ 1 billion. The third place gets the infamous MtGox crypto exchange, whose users lost $ 615 million.

Also, experts drew attention to the geography of the episodes. In total, 40 countries were included in their list. Among episode leaders are:

Some episodes are not shown on the map because researchers were unable to determine their geographic location. 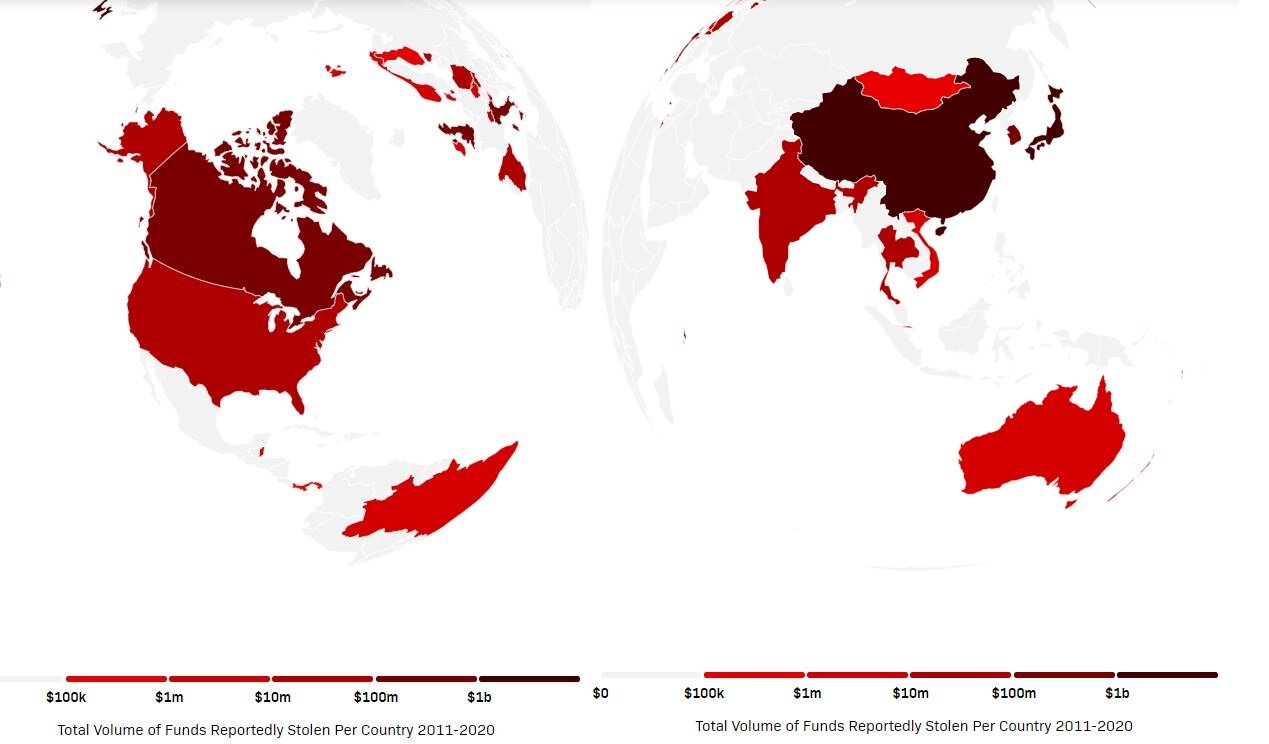 The most popular cryptocurrency to steal is Bitcoin. Also, during the recorded episodes, scammers stole Ethereum, XRP, Bitcoin Cash, and other less capitalized digital assets.

Analysts are confident that the number of episodes will grow in the future.