The information requested by the Commission came under the protection of attorney-client privilege.

The team of California-based startup Ripple has blocked access to the documents of the results of the project’s legal advice to the US Securities and Exchange Commission (SEC). Information about this was published on the website of the Court of the Southern District of New York.

The documents, according to the SEC, may contain discussions of the legal status of the startup token – XRP. Ripple’s speculations that cryptocurrencies are securities could be used by the Commission to defend their position in court.

Against the background of the news release, XRP showed a slight increase, which turned into a correction: 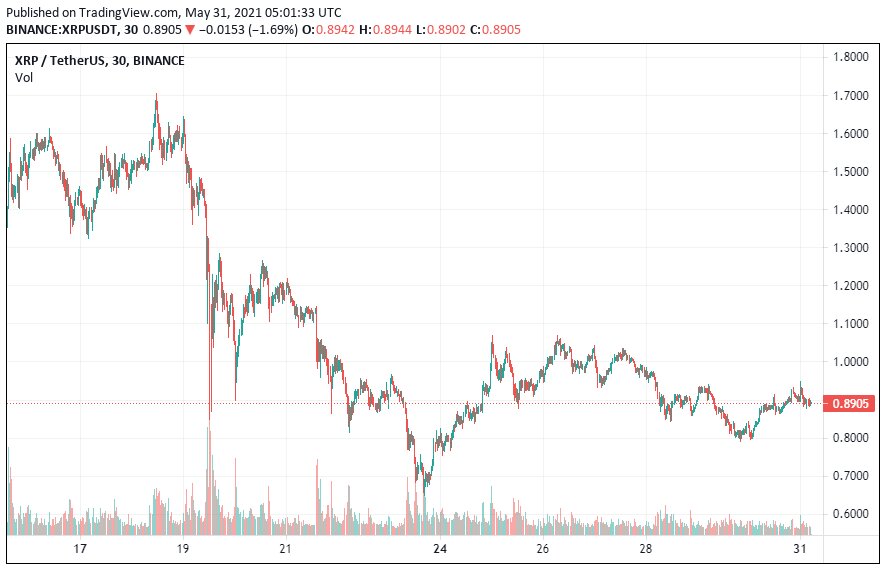 At the end of 2020, the SEC filed a lawsuit against the startup. The Commission accused Ripple of illegally selling securities in the form of XRP tokens. Representatives of the startup, in turn, are confident that the SEC team has incorrectly determined the status of the cryptocurrency. Accordingly, the developers consider the claim of the Commission against them to be unfounded. As of the end of May 2021, the parties have not resolved the dispute.

SEC representatives believe that access to documents, which recorded discussions of developers with lawyers about the status of XRP, could help the regulator defend its point of view in court. Therefore, in early May 2021, the Commission requested the records through the court.

Representatives of Ripple refused to provide the documents to the SEC because discussions of XRP status with lawyers, from the point of view of the law, are protected by attorney-client privileges. Accordingly, the startup has every right to reject the Commission’s request. The court confirmed the legality of Ripple’s decision.

Lawyer, one of the partners of the firm Hogan & Hogan, Jeremy Hogan, drew attention to one feature of the judge’s decision. The refusal to provide the SEC with access to Ripple documents, in his opinion, means that the personal doubts of the startup team in XRP status, if any, have nothing to do with the proceedings of the parties.

Judge DENIES the SEC's motion to compel production of Ripple's lawyer opinion letters. Very important because the Judge states Ripple's subjective beliefs re XRP are NOT relevant to the Fair Notice defense, blocking the road the SEC wanted to use to fight the Defense. https://t.co/MHsx569BmO

Earlier, the Ripple team gained access to documents that contain the SEC’s discourse on the status of XRP. Startup representatives consider the Commission’s attitude towards the project biased. This, in their opinion, is also indicated by the fact that the SEC at a certain period called the token “digital currency”.

Also earlier, the head of Ripple, Brad Garlinghouse, shared his opinion that the Commission’s claim against the startup is nothing more than a farewell gesture from the ex-management of the regulator. This, in his opinion, is indicated by the fact that it took the SEC several years to bring the complaint to court. Why the regulator was inactive earlier in the event that its representatives had doubts about the status of XRP is not clear.

At the same time, Brad Garlinghouse is confident that regardless of the outcome of the Ripple case against the SEC, the startup will continue to work successfully. Let us recall that the services of the project are used by many traditional financial institutions around the world, including the National Bank of Egypt (NBE).