According to analysts, the market for non-fungible tokens has exceeded $ 750 million.

NFT asset data provider Nonfungible has published a report on the non-fungible token market for 2Q of 2021. According to the report, the market volume exceeded $ 750 million, while in the last quarter this figure was equal to $ 500 million. 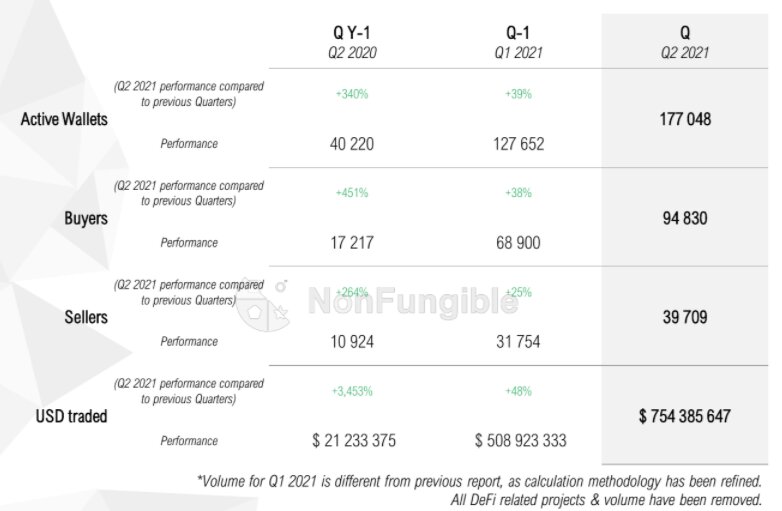 The number of active wallets that interacted with NFT tokens also turned out to be a record: more than 175,000. It is not equivalent to the number of users, since one person can have several wallets, but it makes it possible to assess the overall growth of interest in the market, notes Nonfungible.

Analysts point out that the number of NFT buyers is growing faster (+ 38% QoQ) than the number of sellers (+ 25% QoQ). In their opinion, this is a positive signal for the market, as interest in it is growing, not falling. 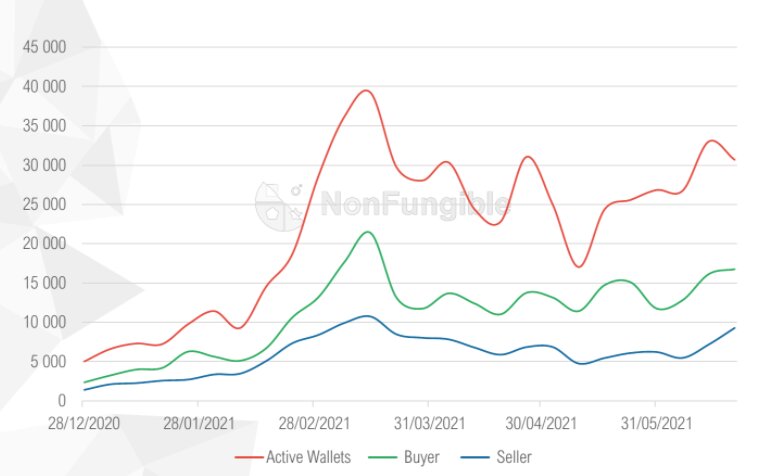 According to Nonfungible, the high volatility of indicators is associated with the news background, but despite it, the approximate number of active wallets per week is 30,000, the number of buyers – 15,000, sellers – 10,000.

The volume of weekly NFT trades in late April – early May increased from $ 50 million to $ 200 million, that is, by 300%. True, at the end of May the figure fell by almost 60%, but then it began to gain momentum again.

Collectible tokens account for the largest share of NFTs – 66%. The second place is taken by art objects (14%), the third – by sports and meta-tokens (7% each). The ratio has been approximately the same since April. 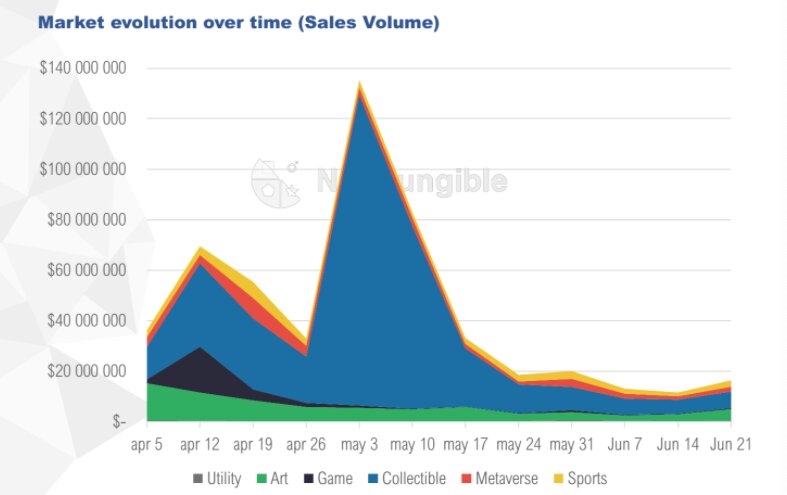 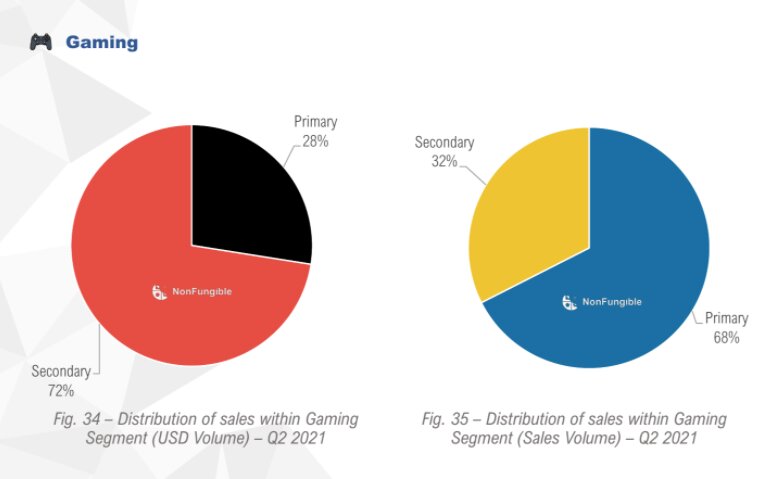 As we reported earlier, NFT trading volume has grown almost 200 times over the year – to $ 2.5 billion in the first quarter of 2021 from $ 13.7 million last year. The data from different sources differ, as the statistical base and research methodology differ.

Non-fungible tokens are not only a new and rapidly growing blockchain segment but also a high-risk area. Read about why the hype around this segment does not subside, read in our material.