Against the background of a slight increase in the Bitcoin value, analyst Tone Vays gave a forecast for further BTC movement.

Half of the cryptocurrencies from the TOP 10 CoinMarketCap resource market capitalization rating, including Bitcoin, complete the working week with a positive movement. At the press time, BTC is trading at $ 9,213. The daily growth of the asset was 0.09%.

Despite the fact that Bitcoin has not yet reached the expected growth amid halving, the number of investors who have more than 0.1 BTC in their account continues to increase. Today, according to GlassNode, another absolute maximum was recorded. 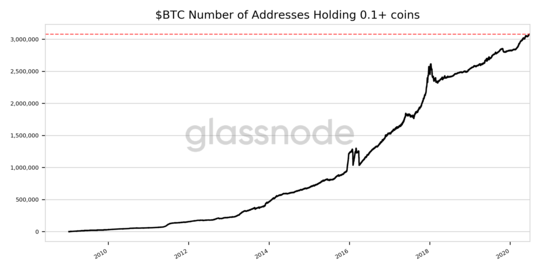 At the same time, the amount of BTC in active circulation decreased to a half-year minimum. 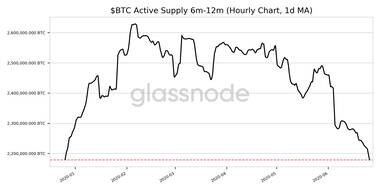 Against the background of a slight increase in BTC rate, a former Wall Street trader and cryptocurrency analyst Tone Vays gave a forecast for the further movement of the Bitcoin exchange rate. The specialist believes that during 2020 the value of the asset will be in the range of $ 6,000- $ 10,000. The analyst shared this forecast with the viewers of his YouTube channel.

Tone Vays explained his point of view by correlating the BTC rate with the traditional asset market and the negative impact of the financial crisis on the purchasing power of investors.

Recall, earlier CEO of the popular OKEX digital asset exchange, Jay Hao, expressed the opinion that bitcoin could show growth against the backdrop of the next wave of granting benefits to Americans.