Non-fungible tokens are not only a new and rapidly growing segment of the blockchain, but also a high-risk area. This market is easy to inflate, there is no fair price and sufficient liquidity, and the exchange of tokens is not verified.

In early March, a Morons (White) painting by renowned street artist Banksy was publicly burned in Brooklyn. But this was not an act of vandalism. The picture was burned by a representative of the blockchain company Injective Protocol, who personally bought it for $ 95 thousand. The destroyed creation of Banksy was converted into a token, which was immediately put up for auction and sold four times more expensive – for 228.69 ETH (more than $ 380,000). For comparison, the auction with another painting by the artist closed at $ 10 million in October.

The act of burning a Banksy painting was one of the first known cases of the transformation of a physically existing object of art into nonfungible tokens or NFT – a token that confirms ownership of a digital asset.

Two days later, Twitter founder Jack Dorsey put up for sale the first tweet he posted in March 2006. It was later bought for $ 2.9 million by the CEO of Bridge Oracle.

However, this amount is far from $ 69.3 million, which was paid for the right of ownership of the work of the American artist Beeple called Everydays: The First 5000 Days. A JPEG collage of 5,000 images has become not only the most expensive NFT, but also one of the most valuable works of contemporary art in history.

Christie's is proud to offer "Everydays – The First 5000 Days" by @beeple as the first purely digital work of art ever offered by a major auction house. Bidding will be open from Feb 25-Mar 11.

According to Nonfungible service, the total volume of the NFT market exceeded $ 500 million. Moreover, most of such tokens were created in the first months of 2021.

The very name of this type of token explains their specificity – they are called non-fungible because of their uniqueness. . Unlike cryptocurrencies or fiat money, “NFT — token A” cannot be freely converted into “NFT — token B” at a certain rate. Such tokens are not identical entities, unlike, for example, 1 ETH or 1 BTC. This is the “uniqueness” of each NFT token.

Anyone who owns the intellectual property rights to a work of art or digital product can create their own NFT token. Or, as in the case of the Banksy painting, it does not exist at all. The owner of such a product can “tokenize” it by releasing an NFT using special services, assign a price to it, and put it up for auction. The buyer of such a token receives the right to own and dispose of the goods, information about this is recorded in the blockchain.

Most often, NFT tokens work on Ethereum blockchain, and the ERC-721 standard is used to create them. Functionally, they practically do not differ from the most common tokens of the ERC-20 standard. The most important exception is the very non-fungibility that allows the use of ERC-721 tokens to confirm the uniqueness of an asset.

This standard appeared in 2017. One of the first projects created using it was Cryptokitties, an online game where users can buy, sell and breed digital kittens. Each of the participants in the game receives a token confirming his ownership of the virtual kitten. The most expensive kitten in the history of the project was sold in May 2018 for $ 170 thousand. In just over four years of Cryptokitties existence, more than 280 thousand virtual kittens were purchased, the total volume of transactions exceeded $ 41.5 million. 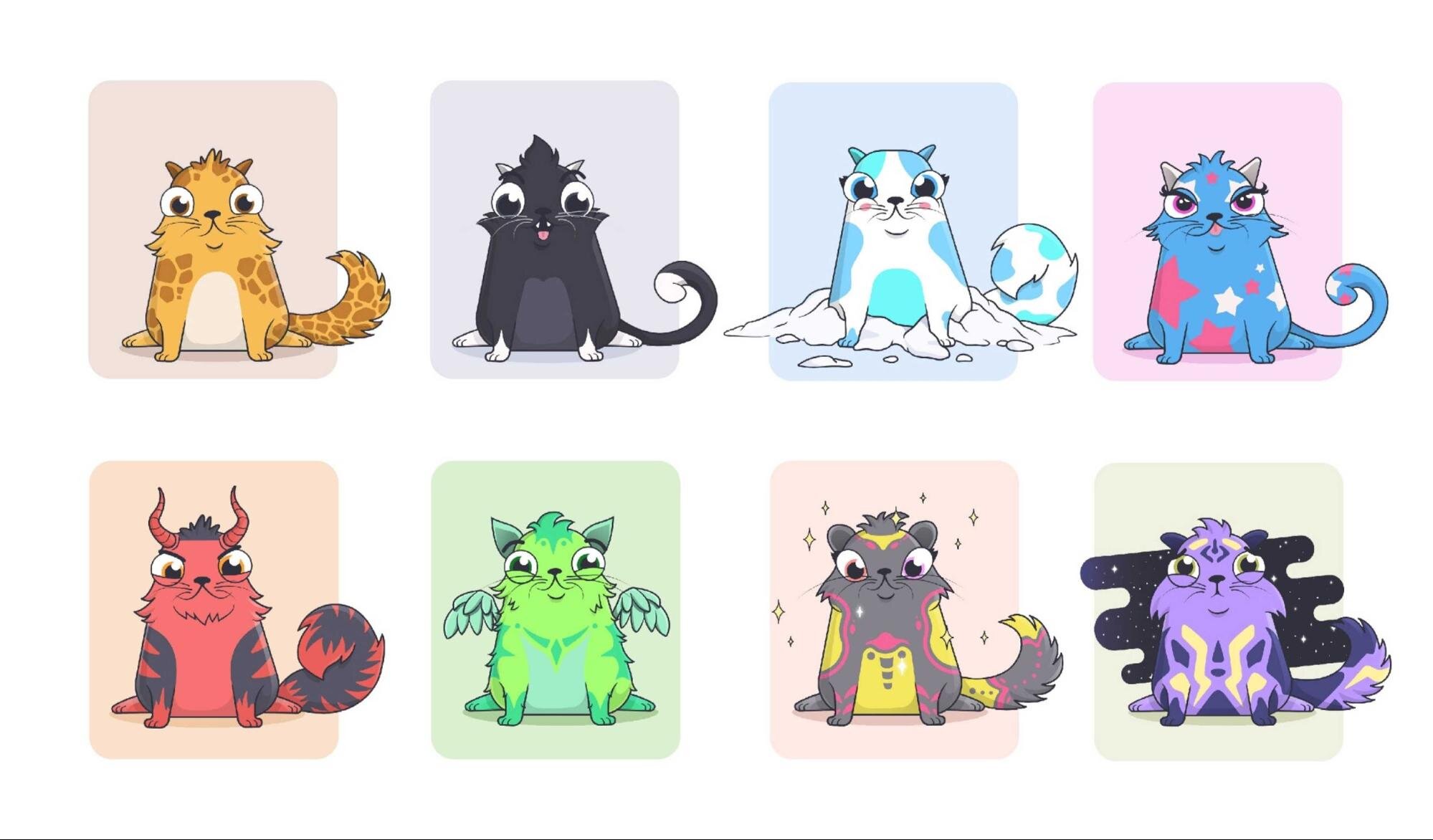 With the help of NFT, you can tokenize not only works of art and virtual collections, but also any other intangible objects – tickets to events, artifacts from video games and virtual reality, or even the right to use the names of cryptocurrency wallets.

NFT In The Financial Services Market

NFT is not only a tool for tokenizing digital art and various collectibles. During its short history, this technology has reached financial services, primarily decentralized ones. Over the past few months, projects have begun to emerge that work in the DeFi market and use NFTs.

One of them is yinsure.finance, created by developer André Cronier, founder of the popular DeFi protocol yearn.finance. It offers users the service of “tokenized insurance” of their assets – for example, tokens in which loans are issued in various DeFi services.

At yearn.finance, liquidity providers act as insurers – they receive commissions from users who want to insure their assets. In this scheme, the role of the insurance policy is played by the NFT, which can be either transferred or sold to another user, or bought back.
There are other examples of NFT and DeFi “merging”. For example, the game Aavegotchi, whose characters are non-fungible tokens backed by deposits in the Aave decentralized service. Or the Tinlake service, which allows you to turn NFTs into ERC-20 tokens, and in the future, with their help, get access to lending on the DeFi market.

The next step is insured tokens (fidDAI, fidUSDT, etc) that allow 1:1 value protection. To accomplish those however we first needed to protect against black swan events.

The easiest and most common way to both create and sell NFTs is through decentralized marketplaces. For example OpenSea, Rarible and SuperRare.

Most of these marketplaces run on the Ethereum blockchain. In some cases, companies create their own platforms to create tokens. For example, the NBA took this path, which began selling digital collections of the highlights of the league matches on the Top Shot website. Even less common are cases of developing platforms for NFT not based on Ethereum, but on other blockchains.

Infrastructure For Secondary Sales Of NFT

The owner of the NFT can dispose of the token as he pleases, including reselling it. So far, this rarely happens – the market for non-fungible tokens is at the very early stage of its development, so the number of NFT resales remains insignificant.

Nevertheless, there is a potential for secondary circulation of NFT, as evidenced by the history of another work of the artist Beeple called Crossroads. At the end of October, the token confirming the ownership of this 10-second video was acquired by the collector from Miami Pablo Rodriguez-Fraile for $ 67,000. Four months later, he resold this token on the Nifty Gateway marketplace for $ 6.6 million – at that time it was the most expensive NFT in history.

A full-fledged exchange infrastructure for the secondary circulation of tokens does not yet exist, and this may affect the formation of the fair value of the NFTs put up for sale.

Due to the lack of a sufficient number of verified sites with a transparent reselling mechanism, skeptics criticize NFT assets. Rare transactions that are made on the secondary market, as a rule, take place within the framework of auctions, which significantly stretches the process of their purchase or sale in time.

Against this background, washtrading becomes a serious problem – this term is used to describe a situation in which the seller artificially overestimates trading activity with a token, buying and selling an asset from himself. This is a fairly common phenomenon in the cryptocurrency market – for example, quite recently, the Coinbase exchange paid a fine of $ 6.5 million for such actions on the part of its users and even one of its own employees.

In the NFT market, this problem is exacerbated by the fact that it is extremely difficult to assess the extent of this form of fraud – the market is still too small to easily track such transactions. Nevertheless, such cases have already been recorded – for example, Nonfungible analysts noticed how the cost of characters in the games Blockchain Cuties and CryptoKitties was overstated with the help of washtrading.

The fate of the market will largely depend on whether the market participants will be able to solve these problems. American regulators are beginning to look closely at the NFT market, and lawyers are already expressing concerns that the fate of the bitcoin-ETF may await NFT. The new instrument needs to prove that it can be used not only for speculative purposes. The development of a secondary market with clear rules of the game can be the first step in this direction.

Why Does Taproot Bitcoin Update Bring So Much Controversy ?