Binance has prepared a new report indicating that a deep correction in the BTC prices is behind and the so-called “bottom” is passed. The research also showed the highly correlated nature of the cryptocurrency market due to the “herd mentality” that manifests itself in the later stages of the bull and bear phases.

Since the beginning of this year, Bitcoin has grown by more than 40%, with three-quarters of this growth in April. But even before the first cryptocurrency went up sharply, the altcoin market also showed positive dynamics, which even led to the emergence of the term “altseason”.

One of the main aspects that the researchers pay attention to was the degree of correlation of cryptocurrencies relative to each other. So, the report shows that the internal price correlation increased on the bear market in 2018

Referring to the phenomenon of joint movement, the authors of the report suggest that the irrational behavior of retail investors and the nascent nature of the market as a whole largely contributed to the high internal correlation of cryptocurrencies.

Another important observation of the authors was the relationship between the correlation of altcoin prices in USD and the dynamics of BTC prices. Using data from February 2014 to March 2019, the researchers found that periods of high correlation between altcoins [between 0.8 and 1] correspond to a trend reversal for Bitcoin.

The report, however, contains a reservation:

"However, given the short history of the crypto market, it may be premature to say that there is a causal relationship between peaks in correlation and market reversals, or if it’s actually a herding effect during the market reversals themselves. We will continue to observe the development of this phenomenon, but believe that it could be a valuable sentiment indicator."

Trying to explain the phenomenon of joint movement, the researchers also compared the structure of investors in the cryptocurrency market on traditional stock exchanges in different countries. As a result, they came to the conclusion that the turnover of funds is significantly higher in China - a phenomenon that the report authors associate with a high share of retail investors in both markets.

So, in 2017, retail investors in Chinese exchanges accounted for more than 99.8% of accounts, more than 40% of total capitalization and more than 80% of trading volumes.

Binance researchers also concluded that participants in the cryptocurrency market are more inclined to hodl only during a bear market, but they become more active during periods of significant price increases.

Thus, the researchers note, the cryptocurrency market is distinguished by the irrationality of the behavior of its participants. This, in turn, leads to the formation of bubbles or an unjustifiably deep fall, which is also reflected on the graphs of correlation rates.

Such a picture, they say at Binance Research, was observed in 2018, when the pessimistic market sentiment reached its peak, and the same scenario can occur even now - the only difference is that in this case, it is turning up. 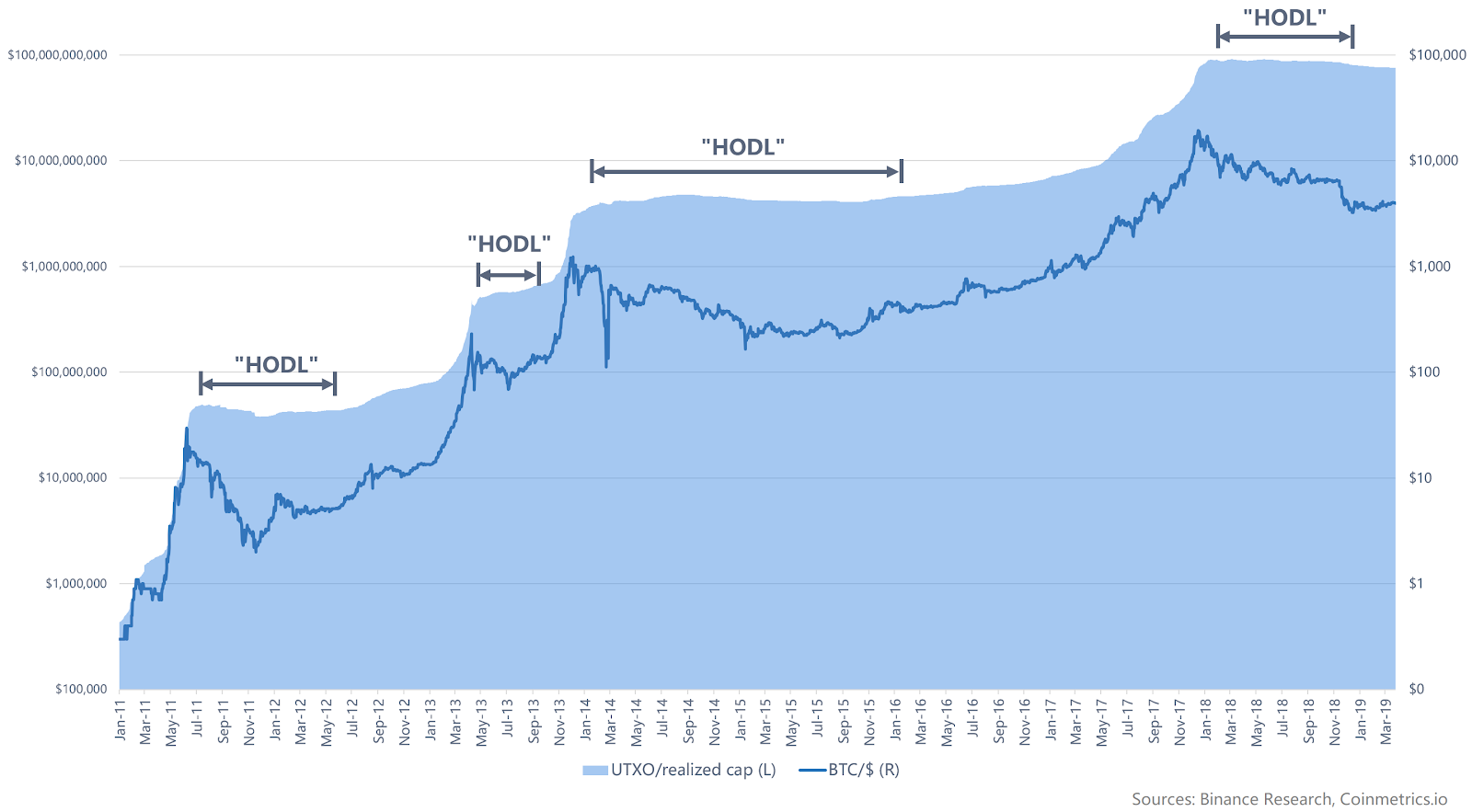 Recall that earlier in April, well-known trader Peter Brandt came to the conclusion that Bitcoin repeats the same patterns on the chart as in 2015, after which its price increased about 100 times. Thus, he believes, an exponential growth along a similar trajectory can follow.