YouTube filled with videos on the topic that the era of petrodollars is ending and soon we will see the end of the American currency. In fact, US dollar has already experienced several ends when the world’s currency system was changing. Do you know what currency was used all over the world after that? The correct answer is US dollar again, the rules for using it have changed only.

The topic of the end of US dollar was raised again when Russia attacked Ukraine. As a result, there were announced plans to transfer payments for gas for the so-called “unfriendly” countries into Russian rubles. Moreover, the Russian authorities have stated that they are ready to trade with “friendly” countries for any currency, including Bitcoin.

Let’s start with what currency system is currently operating and how it was arrived at. At the moment we use Jamaican system, which was adopted in 1978 and put an end to the previous Bretton Woods system.

If you recall the history, then at first the gold standard was used in the world and all national currencies were backed by gold.

The problem with the gold standard was that there was simply not enough gold, more money was needed. Therefore, they decided to abandon it and came up with the Bretton Woods system, which fixed US dollar against gold, which was only a partial measure. In fact, US dollar was depreciated very sharply, but it became more and there was enough money for everyone for a while. Until the countries once again began to disagree about why almost all the gold is stored in United States and everyone is forced to use the dollar, which also had a lot of questions about its security.

As a result, a series of meetings were held in Jamaica from 1976 to 1978, as a result of which it was decided to abandon the gold standard once and for all, or rather, the dollar standard was in effect at that time.

Since then, we have been living by the rules of the Jamaican currency system, which, in short, look like this:

In fact, there is no prohibition against using the yuan or another currency for international payments. The only question is that the buyer and the seller are confident in the solvency of the currency for which they trade. And since the US is still No. 1 in the world, it is the dollar that retains its primacy in world trade turnover.

Talk about the need to switch to a new monetary system began after the 2008 crisis. Seeing how the US national debt is replenished with new trillions and provided by the printing press, confidence in such a system is gradually decreasing. 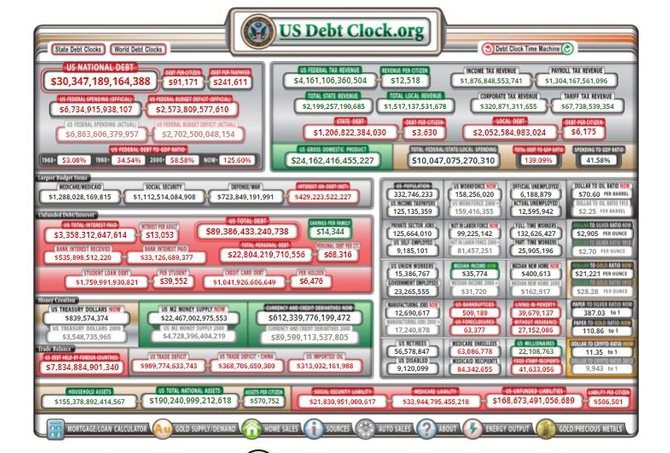 And we are hearing more and more calls to abandon petrodollars, which we will discuss below.

The result of the fact that the world switched to settlement in US dollars was the emergence of such a thing as petrodollars. Countries sold oil and gas for American currency, and in return they bought technology and goods from the United States that they could not produce on their own. Over time, the technological base in other countries also grew, plus the economy was globalized and it was no longer possible to spend dollars only in America. But in the calculations, the dollar is still predominantly used, which is primarily a matter of confidence in this currency.

Recall that according to the Jamaican currency system, there are other reserve currencies, the same euro or yen. But there is a nuance: if you receive US dollars for your goods, then you can actually spend them all over the world. But if these are rubles, as they are now proposing to do in Russia, then spending them on the international market will be almost impossible. That is, the United States will not accept rubles in exchange for technologies for the oil industry, Taiwan, a world semiconductor manufacturer, will also ask you to pay in US dollars, and Europe, from which many products are imported, will want to pay in euros or dollars. That’s why the whole world trades in US dollars.

As for the petrodollar, the era is indeed coming to the end, because the process of restructuring the world economy in the direction of abandoning hydrocarbons is underway. And what is happening now will mean an accelerated movement towards the complete abandonment of the use of oil and gas. Such a process cannot take place quickly, but the new world order has shown that those who use oil and gas are vulnerable to those who supply them. It is possible to impose financial sanctions, but one cannot refuse to buy energy resources, without which the industry will stop.

What to do in such a situation? We need to look for an alternative, and when it is found, the trade chains will be reorganized in such a way that oil will play only a minor role in them. As a result, the era of petrodollars will end and a new time will come, where something else will become the main means of exchange. It may very well be that we will not talk about a physical product, but about something digital or even virtual.

We love bitcoin and believe in its great future, but we do not see the possibility of the world moving to Bitcoin standard in the near future. Yes, the Jamaican currency system needs to be changed, and it will probably happen in this decade. But two or more transitional currency systems are likely to be needed before the world moves towards the widespread use of cryptocurrencies.

Now let’s explain why. The gold reserves of the Central Bank of Russia were not blocked because it is a physical asset that was stored inside the country. Now they are trying to limit their use by prohibiting the purchase of Russian gold, and as a result, they will have to sell it either to the population or to China.

But let’s not be distracted, Bitcoin, like gold, cannot be blocked, because this is how its blockchain works. At the same time, the first one is much more convenient in storage and payments. But the use of Bitcoin can also be limited, as it is done with gold, because each coin has its own history and formally it can be said that this bitcoin is dirty and we will not accept it for payment, send us another one, please.

Another parallel with gold is that we already had a gold standard and practice has shown that an economy built on inflation cannot work with a hard peg to an asset that is limited in supply. Will states go to the point of abandoning such a powerful instrument of control as monetary policy – no. If we are waiting for a complete reformatting of the world economy into cryptocurrencies that do not recognize borders, then in the real world these same borders between countries should be erased. You perfectly understand that today it is unrealistic, but another, long way of bitcoinization of the whole world is possible.

The future is clearly behind cryptocurrencies, and it can be achieved through the following steps:

The final stage will be a new monetary system in which Bitcoin will play the role of one of the reserve currencies. We do not expect that we will be able to go this way in the next ten years, most likely before 2030 we will receive a new system of petrodollars.

Only the key role here will no longer be played by oil, but by some high-tech or even informational product, but the peg will probably remain precisely to the dollar and possibly a basket of other currencies, but US dollar will retain its primacy. Just because the numbers clearly show that there is no alternative to it now, and if you want to be part of the global economy, you have to put up with its use.