Against the background of Musk’s post, the cryptocurrency rate went down.

The founder of the Tesla electric car manufacturer Elon Musk hinted that the organization could sell or intends to sell all BTC.

One of the members of the crypto community suggested that information about the sale of BTC will appear in the next quarterly reports of the company. In response, the author of which noted that such an outcome would upset investors, Elon Musk wrote “Indeed”. Many members of the crypto community took the tweet of Tesla founder as a hint of an upcoming or already implemented bitcoin sale by the company.

Some investors rushed to ask the developer not to sell BTC, others took the message negatively, recommending Elon Musk to leave the crypto market and never return.

Recall that at the beginning of February 2021, information appeared on the network that Tesla invested $ 1.5 billion in bitcoin. In parallel, representatives of the company announced their readiness to sell cars for cryptocurrency.

Against the background of the news, the bitcoin rate went up. The positive dynamics of the cryptocurrency can be explained by the fact that more than a third of investors are guided in their work by Elon Musk’s tweets. 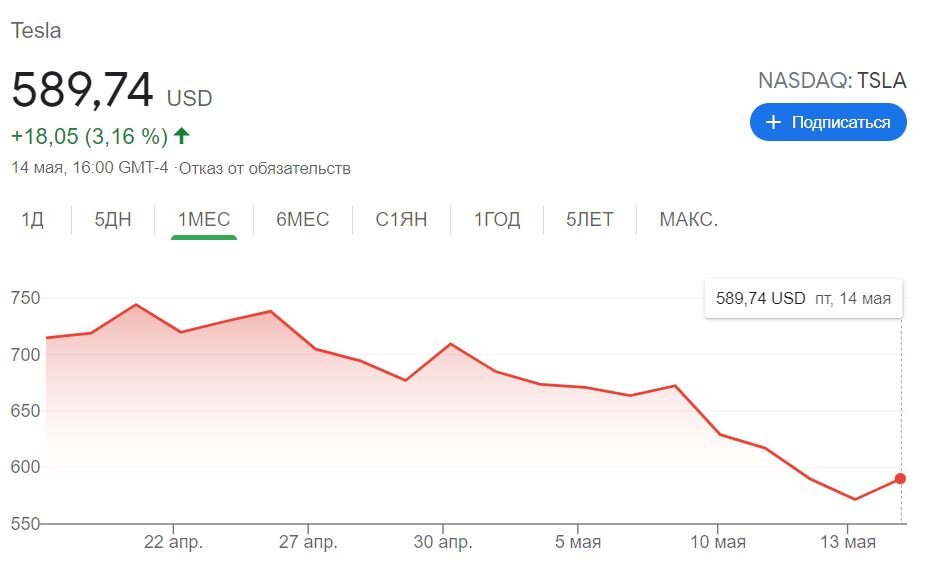 At the same time, the media drew attention to the fact that the publication of data on the purchase of Tesla Bitcoin could become a distraction. The fact is that the company bought the cryptocurrency several months before its representatives decided to talk about it. It is noteworthy that the publication of data on Tesla’s investments in bitcoin appeared against the background of the presentation in the media of news about the manufacturer’s regulatory problems in the PRC.

Later, at the end of April 2021, it became known that the company had sold 10% of BTC. Elon Musk explained the sale of part of digital assets with the desire to “prove the liquidity of using cryptocurrency, as an alternative to keeping funds in fiat on accounts.” At the same time, the developer admitted that he owns Bitcoin. According to his statements, Elon Musk did not sell his BTCs.

The next event, which happened on May 13, 2021, was the stoppage of the sale of Tesla cars for bitcoin. Elon Musk explained the company’s decision by the reluctance to support environmentally harmful cryptocurrencies. Members of the crypto community, in turn, drew attention to the fact that the developer’s initiative followed the actions of the American authorities to suppress the negative impact of the mining industry on the environment.

Against the backdrop of Tesla’s refusal to accept bitcoin, the cryptocurrency rate continued to drop: 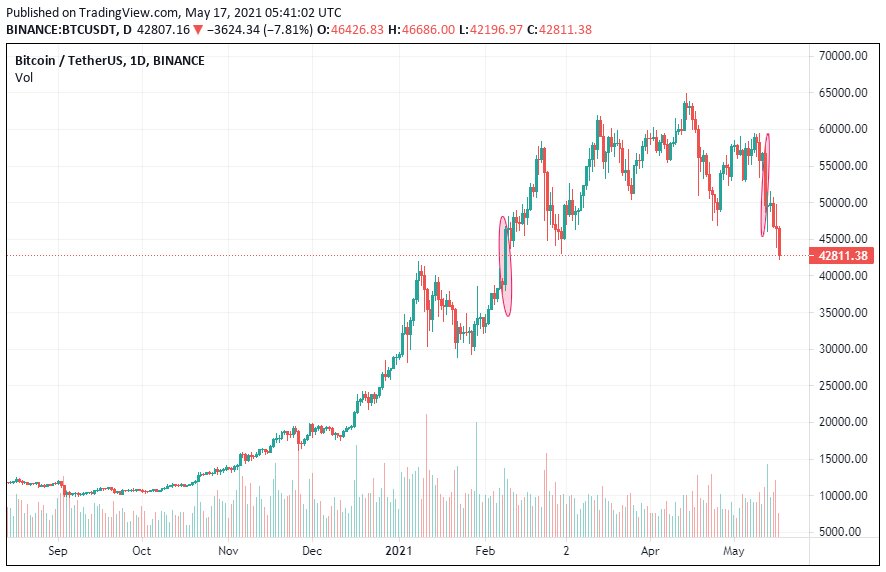 Recall that Elon Musk is known in the crypto community as one of the main supporters of the Dogecoin crypto project. Recently, information appeared on the network that the developer company – SpaceX – will launch the first satellite paid for with cryptocurrency into space.