The second-largest digital asset by market capitalization has renewed the maximum value against the background of the positive market movement.

The second-largest cryptocurrency in terms of market capitalization, Ethereum, updated its absolute maximum at $ 1,565 on the night of Tuesday to Wednesday. The daily growth of ETH was 10.7%, and the cryptocurrency rose in price by 15.1% over the week.

Crypto community members drew attention to the fact that bitcoin realized growth against the background of the announcement by MicroStrategy representatives about the next investment in BTC. The company’s blog says about the purchase of cryptocurrency for $ 10 million. Previously, the organization has repeatedly invested in bitcoin. For example, in December 2020, the MicroStrategy team announced a $ 400 million convertible bond issue for the purchase of BTC.

Analysts of the ecoinometrics project, using open data on large bitcoin investors, presented the market infographic. MicroStrategy has taken one of the key positions on it. At the same time, the maximum amount of BTC under management, according to ecoinometrics, still belongs to the investment company Grayscale. 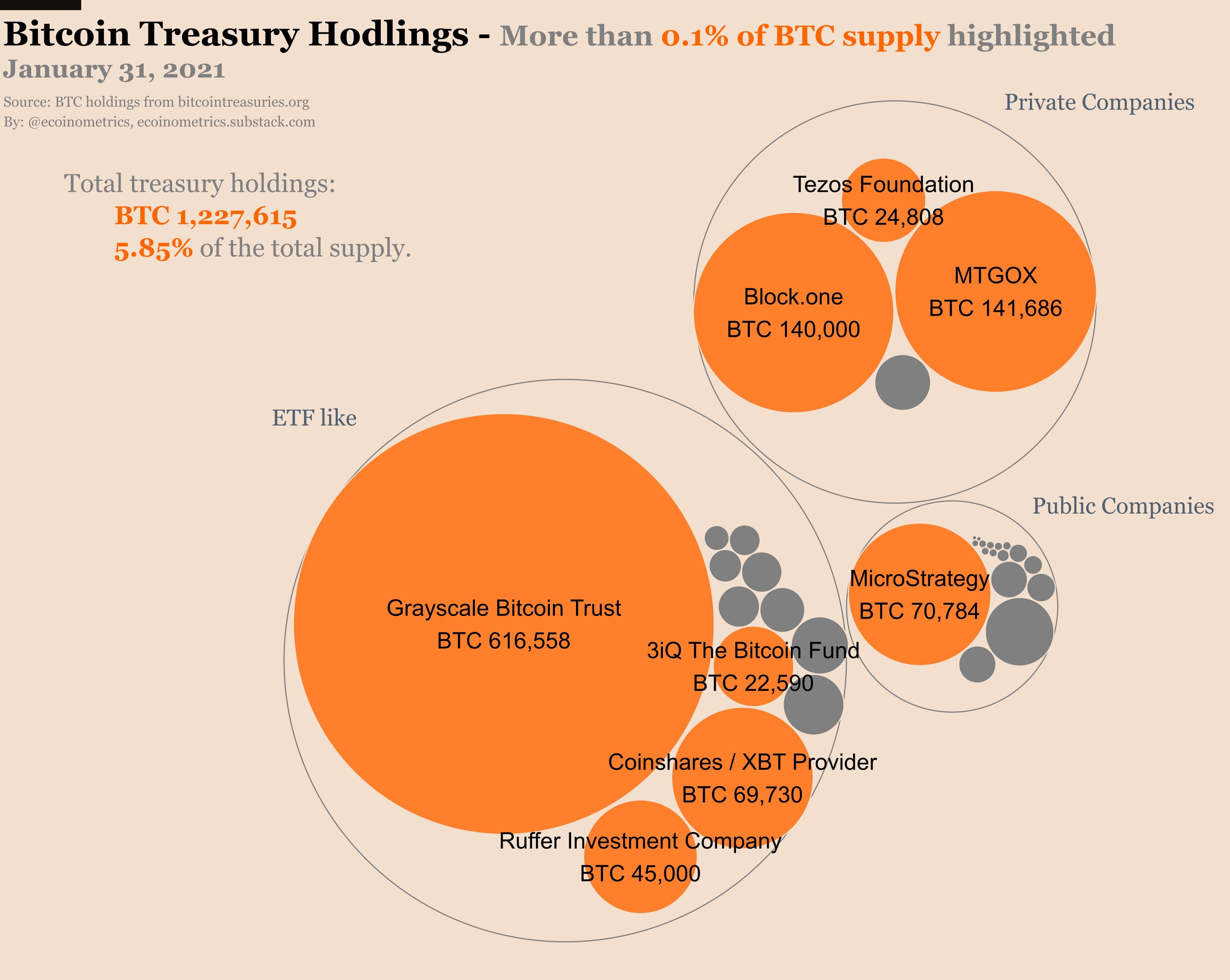 Meanwhile, GlassNode analysts drew attention to the fact that the amount of bitcoins with which at least one transaction was made within 5-7 years has reached a five-year low. The lack of movement may indicate that many BTC investors have chosen to keep the cryptocurrency for an extended period. In other words, statistics speak of an increase in the number of users who are not ready to part with their BTC.

In the meantime, Morgan Creek Digital co-founder Anthony Pompliano decided to share his forecast for the future movement of the BTC rate. To do this, he used the S2F forecasting model developed by the PlanB analyst, which indicates the prospects for the growth of bitcoin to the level of $ 100 thousand during 2021.

We will remind, earlier the results of the survey conducted by PlanB showed that the majority of investors agree with the forecast for the growth of BTC to $ 100 thousand during the year. The second most popular answer was $ 288,000 in 2021. Investors gave the least votes for the option “Bitcoin will not exceed $ 55 thousand within a year”.

What Altcoins You Should Buy In February: TOP-7 Coins