Against the background of the news release, DOGE showed growth.

The team of the popular cryptocurrency exchange Coinbase PRO allowed users to deposit Dogecoin cryptocurrency. Trading in digital assets will be launched in a day according to the blog. 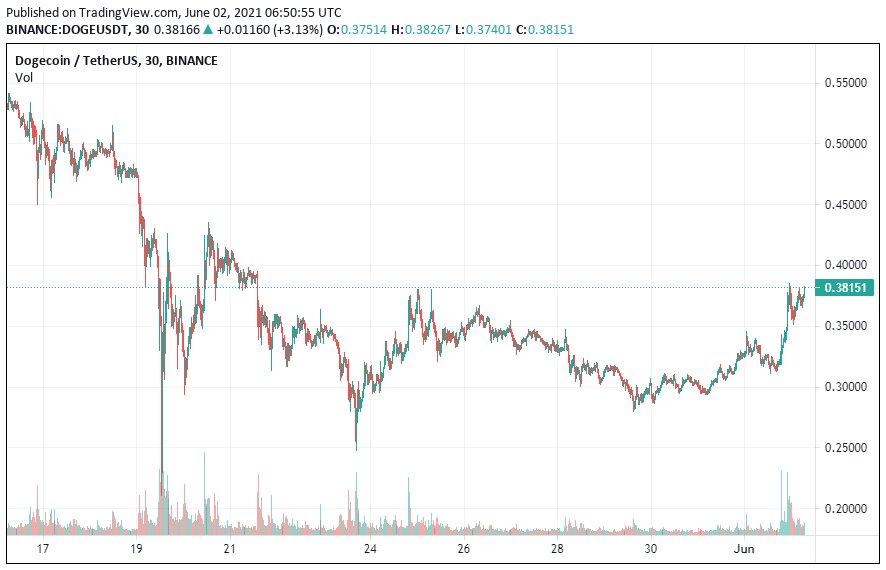 Recall that many members of the crypto community consider Dogecoin to be the favorite cryptocurrency of Tesla founder Elon Musk. The fact is that the developer has repeatedly mentioned the asset in his microblog. Recently, information appeared on the network that another company Elon Musk – SpaceX – agreed to launch the first fully paid Dogecoin satellite.