Local regulators are not planning to stop there.

China keeps imposing restrictions on crypto community. Information about this appeared on the official website of the regulator.

In particular, local authorities keep putting pressure on traders who deal with cryptocurrencies. In parallel, the regulatory authorities will work on preparations for the launch of the digital yuan.

China’s Pressure On The Crypto Industry: How It All Started

The document states that the Bank of China will continue to regulate the digital asset market in accordance with the rhetoric chosen in the fall of 2017. Recall that during this period, local authorities first introduced restrictions on the crypto industry. The digital asset market reacted to the measures taken with a fall. Many companies, including the popular crypto exchange Binance, have been forced to relocate from China.

Despite the introduction of PRC restrictions, cryptocurrencies soon recovered and started to grow. In particular, Bitcoin managed to set a maximum near the level of $ 20 thousand at the end of 2017, which BTC could not update for several years.

Between autumn 2017 and May 2021, local authorities made some attempts to restrict the crypto industry. In particular, during this time period, the network has repeatedly appeared news about the increasing pressure of the PRC regulators on miners.

The situation escalated at the end of May 2021. As a first step, three local self-regulatory organizations at once signed a decree banning work in the field of crypto business and providing services related to cryptocurrency projects. According to the authors of the initiative, their actions are in line with the policy that the Chinese authorities have chosen regarding the regulation of the crypto industry in the fall of 2017.

Against the background of the news release, the rate of bitcoin and other cryptocurrencies showed negative dynamics. 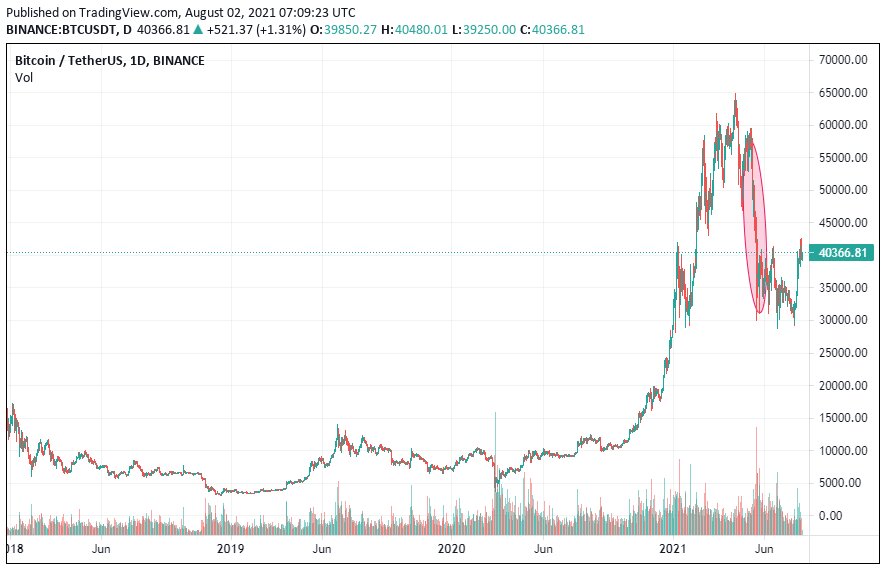 Following the introduction of a number of restrictions on the part of three self-regulatory organizations, bans on mining followed in a number of Chinese provinces. The digital asset market reacted to the pressure of the PRC authorities not only with a fall in price but also with a decrease in hash rate (total computing power aimed at mining cryptocurrencies).

China has been a hub for digital asset mining for a long time. The country had the largest amount of bitcoin hash rate. Amid the repression, many Chinese miners were forced to disconnect their equipment from the cryptocurrency network. As a result, the bitcoin hash rate went down.

To mine cryptocurrencies, miners had to think about moving. Many members of the Chinese crypto community have chosen Kazakhstan as their new home. Some countries, including the United States, in turn, have shown interest in attracting miners from the PRC to their lands. As a result, Bitcoin hash rate began to “flow” from China to other countries. 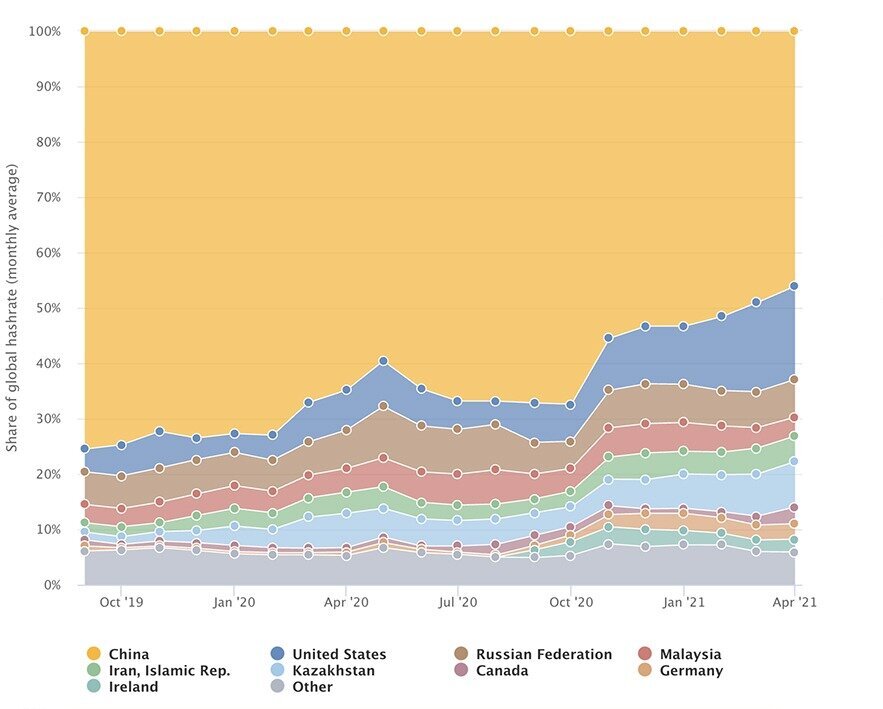 Note, that earlier analysts at the University of Cambridge found out that the share of China’s hash rate in Bitcoin mining began to fall even before the start of regulatory pressure in 2021. The reason for this could be the restrictions that the PRC authorities imposed on the crypto community before the repressions in late spring and early summer.