Against the backdrop of the Covid-19, the volatility of the traditional and cryptocurrency markets has increased. But what does this mean? Let’s digest what volatility points and how to interpret it correctly.

Volatility is a measure of risk. Mathematically, it is expressed as the standard variation of asset returns and shows how much daily returns vary from their average value. Risk is a variation in any direction; the amplitude of fluctuations is important in it, and not the direction of movement. Risk can be not only a source of losses but also an opportunity to make superprofits.

Volatility ranges on historical and implied. The first type is calculated based on existing asset quotes. The second one is based on option prices using the Black-Scholes model. If the implied volatility is higher than historical, this may indicate investors’ fear of market uncertainty. In addition, volatility ranges on daily, monthly, or annual: the order of the analyzed values ​​depends on this. Volatility can be considered based on periods of different lengths, which also affects the comparability of indicators.

Bitcoin volatility is higher than the similar indicators for gold and the S&P500 index several times.

First, consider the daily volatility calculated on the basis of trading days for a year. Note that the number of trading days is 365 for digital currency, for traditional assets – 260.

There are two charts below: the first reflects the scale for comparing indicators for all assets, the second reflects fluctuations in the volatility of traditional assets.

At the end of May, Bitcoin’s daily volatility is four times higher than the similar volatility of gold, two times higher than S & P500. This suggests that the fluctuations in digital currency within one day are significantly higher. However, over the year, Bitcoin grew by 10%, gold – by 35%, and S & P500 by 5%.

In our example, the asset with less volatility gave the maximum value increase for the period, but the opposite situation could also have developed. Volatility can serve as the first criterion for cutting off assets that are not suitable for the risk profile. First, the investor decides which amplitude is acceptable for him, and then forms a portfolio of assets that have passed the filter.

Historic VS Implied Bitcoin Volatility – What Does The Spread Mean?

Let’s look at a comparison of the historical and implied volatility of bitcoin over the past six months. On the chart below, daily volatility is calculated for a period of three months. Since mid-March, historical volatility is greater than implied. Such dynamics usually indicate that investors are not afraid of further price fluctuations. 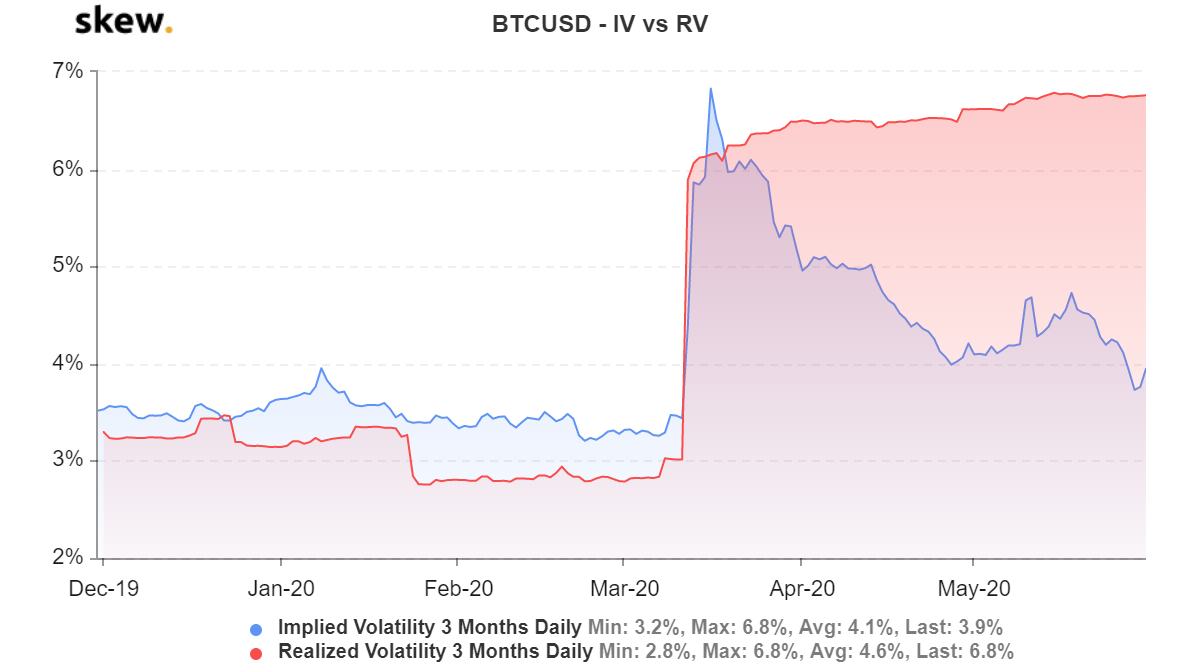 A sharp increase in daily historical volatility occurred against the backdrop of a strong drop on March 12. Implied volatility also increased, but soon declined.

Consider the daily volatility of the ten largest cryptocurrencies over the past year. Bitcoin is one of the most “stable” assets among this sample. Thanks to price stabilization mechanisms, the Tether stablecoin exchange rate fluctuates even less than gold: 0.7% versus 1.1%. In the cryptocurrency market, it may well serve as a protective asset in which investors are exposed to market shocks. So it was in March this year when the volume of USDT grew rapidly. 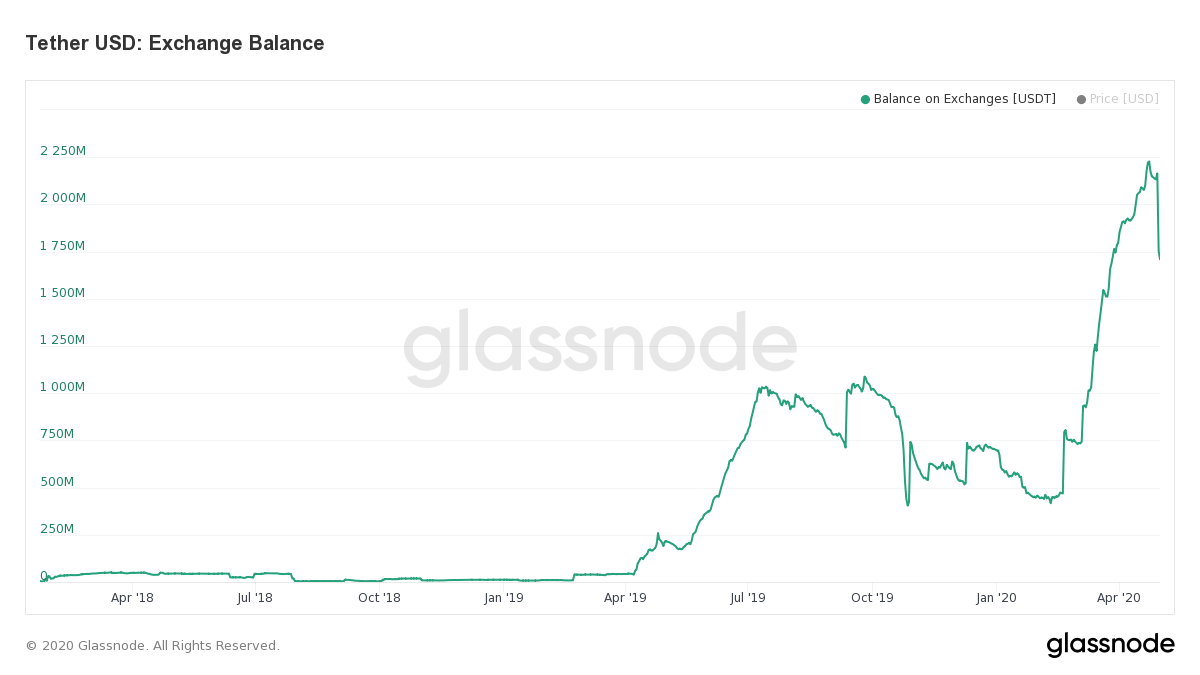 The volatility of the largest digital currency is decreasing: this can be seen both on the chart of historical daily volatility and on the chart of spreads between the maximum and minimum prices. This is facilitated by the strengthening of the position of digital assets, the development of the derivatives market and attempts to introduce cryptocurrency into the legal field.

However, while bitcoin volatility is several times greater than not only gold volatility but also the main US stock index. Speaking separately about the cryptocurrency market, bitcoin confidently takes the place of one of the most “stable” currencies. Note, that by this parameter Tether stablecoin will always be ahead of it since its main function is precise to prevent price fluctuations.

Most Bullish Bitcoin Forecasts: Reversal Towards $ 20,000

Fintech And Greed: Why Do Digital Service Customers Choose To Pay Low Fees?

How To Buy Bitcoin Safely

Most Bullish Bitcoin Forecasts: Reversal Towards $ 20,000 Fintech And Greed: Why Do Digital Service Customers Choose To Pay Low Fees? Bitcoin Physical Coin – From Numbers To Reality What Is Double Spending Attack And How Does It Work Can Bitcoin Price Fall To Zero: Three Possible Scenarios What Does Libra Await: Expert’s Opinion On Facebook Crypto Project Future Bitcoin Forecast For July: Is This Explosive Growth Or The Best Time For Purchasing? Bitcoin Price Analysis: BTC/USD Will Drop To $8,800 Stablecoin Evolution: From Mastercoin To Libra 3 Most Profitable Cryptocurrencies For Miners In 2020 Cryptocurrency Arbitrage: How To Make Profit On Interexchange Trading Ethereum Price Analysis: ETH/USD Will Drop To $215
Show more Hide