Bitcoin Dropped By 30% In A Week: What Is Happening On Crypto Market

The largest digital asset exchanges Coinbase and Binance were overwhelmed.

For the first time since February, the bitcoin rate fell by 30%. The cryptocurrency pulled all the altcoins with it.

There may be several reasons for this drop:

Against the backdrop of the market falling, some of the major trading floors faced technical problems. Users reported difficulties accessing the Fidelity institutional investor service. In addition, the largest cryptocurrency exchanges by the number of users – Coinbase and Binance – also temporarily limited their trading functionality.

The Binance exchange stopped the withdrawal of Ethereum and ERC-20 tokens due to a sharp increase in the price of gas, which was caused by the trading activity of investors.

Coinbase went offline for a while. Crypto exchange referred to the congestion of Ethereum network in a message on the website. 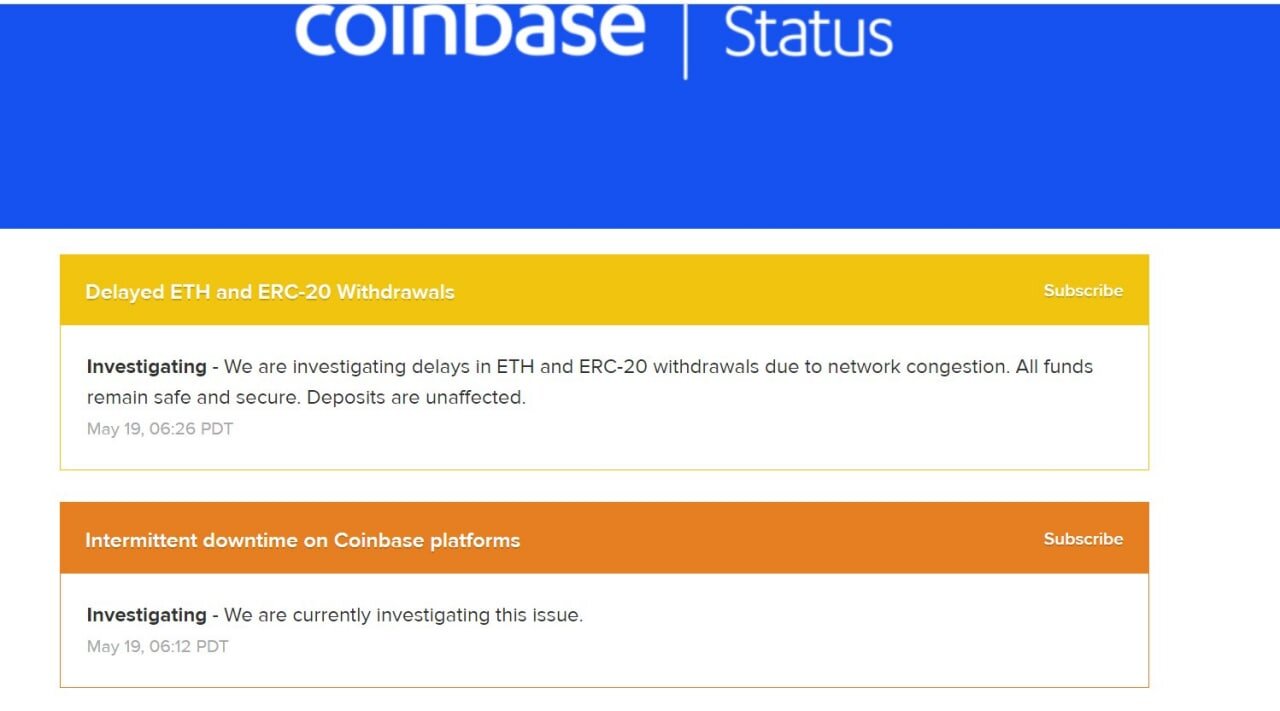 Many investors have noted that this is not the first time the exchange is unavailable during market activity. Due to a large sale of digital assets, Coinbase shares also fell – by 6% per day.

What Does Crypto Community Think?

Due to controversial statements, Elon Musk’s reputation in the community of investors in digital assets has been severely undermined. However, today Tesla founder published a post that can be related to the events in the market.

The term diamond hands, coupled with the name of Musk’s company, can be interpreted as “Tesla has diamond hands,” which in the slang of traders on Reddit means that the investor holds the asset until the end. Perhaps we are talking about bitcoin.

The well-known trader DonAlt drew attention to the fact that today’s market fall is similar to the “crypto winter” of 2018.

Billionaire and founder of investment company Galaxy Digital Mike Novogratz remains optimistic: “When the sale is over, we will start pumping again.”

Some investors took the market decline as an opportunity to buy an asset at a reduced price. So, one of the most famous bitcoin investors – the technology company MicroStrategy – seized the moment and bought another 229 BTC to its balance. The total amount of bitcoin at the disposal of the company has reached 92,079.