Over the past few weeks, an increased activity of an unknown miner has been recorded in the Bitcoin Cash network, which signs his coinbase transaction with the Satoshi Nakamoto nick.

Experts suggest that behind the miner’s personality is supporter of Bitcoin SV cryptocurrency, trying to make money in this way against the background of the BSV price reduction. The most profitable for them is the withdrawal of funds from BCH to BSV, experts say, which will reduce the rate of Bitcoin Cash, and ensure the growth of Bitcoin SV.

According to another version, the activity of the miner may be associated with an attempt to discredit the Bitcoin Cash blockchain through a reorganization attack. Not so long ago, the Bitcoin SV blockchain itself underwent a reorganization, and then the problem was caused by a disproportionately large block size.

Experts, however, did not rule out that the new computing power belonged to the Bitcoin Cash camp itself and were allocated to protect the network during the so-called “hashrate wars”.

Note that over the past week the share of unidentified miners in the Bitcoin Cash blockchain was 37.1%. Over the past 24 hours, unknown miners have mined more than 36.8% of BCH blocks. 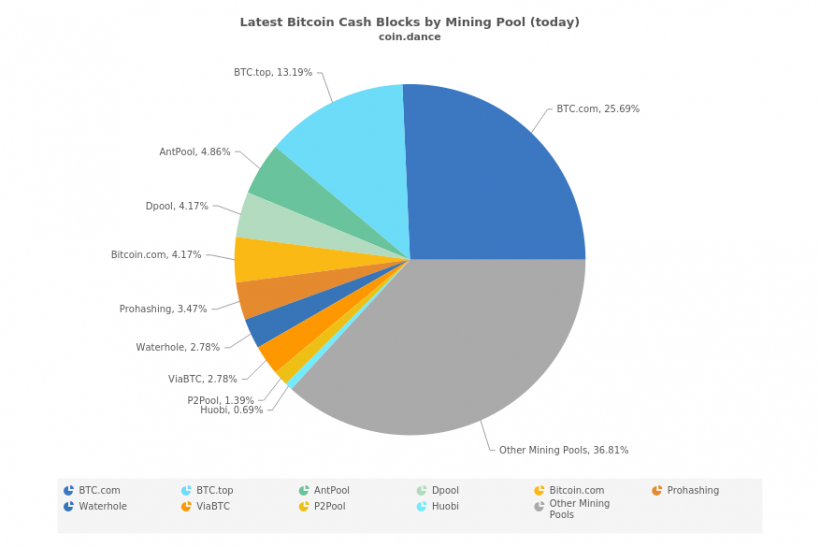 Recall that in March, the ChainDD portal reported that 74.48% of bitcoin hashrate is controlled by six mining pools, half of which are controlled directly or indirectly by the Chinese company Bitmain.